Based in south-west London, Radio Days collaborates with museums, libraries, local education authorities, schools and colleges, and other educational and cultural bodies in London and the South-East of England to develop and present engaging learning experiences for all ages.  Through the medium of music and theatre we bring to life some of the key themes in history from the late Victorian era, through World War One and the inter-war years, to the outbreak of World War Two.

Who is Radio Days? 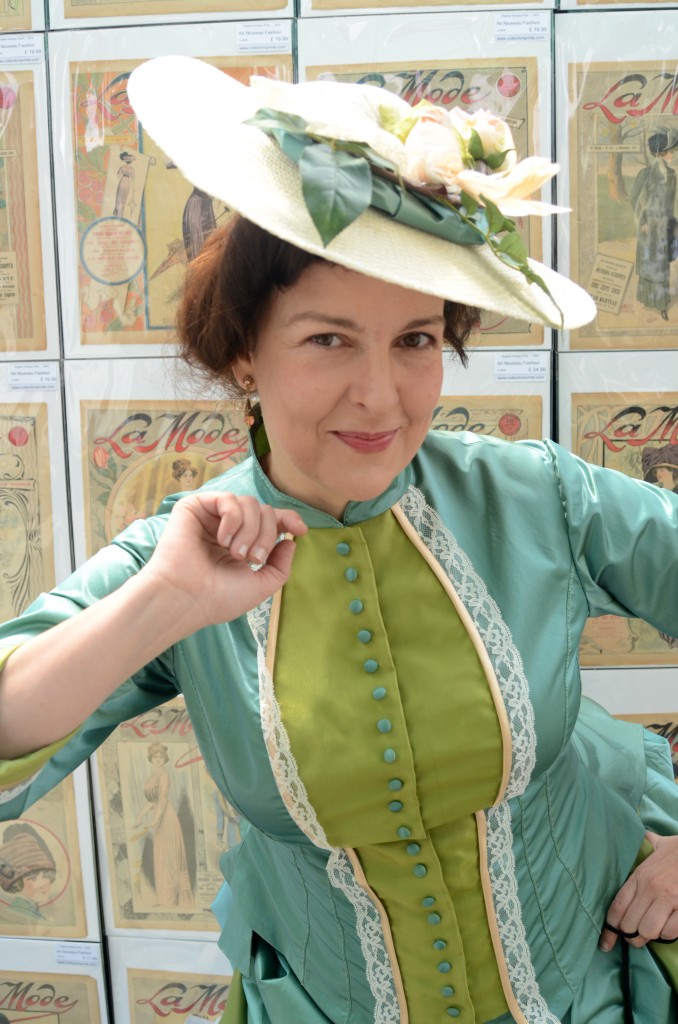 María Hutchison trained in classical singing in Spain, UK, and Italy.  As well as being an accomplished performer, María has a degree in History from Complutense University (Madrid), and a postgraduate teaching certificate in Secondary Education, with 20 years of experience in teaching in professional music schools and festival summer schools. She has created and sung in contemporary music video productions, operas for parents and children, corporate choirs, cabaret performances, Spanish opera, and Renaissance music. Having performed Early Music for many years and, since 2003, Contemporary Improvisation, it was her love for vintage music and history that took her into wonderful new discoveries about voice, music, fashion, society and the visual arts of the period 1870 to 1939.

E-heritage guru and incorrigible hoarder collector, Christopher Hutchison is the founder and curator of Radio Days Memories and Radio Days Ltd. He has more than 35 years experience of teaching and research in the cognitive and computing sciences, with special interests in e-heritage and digital curation, ethnoepistemology, and social remembering. 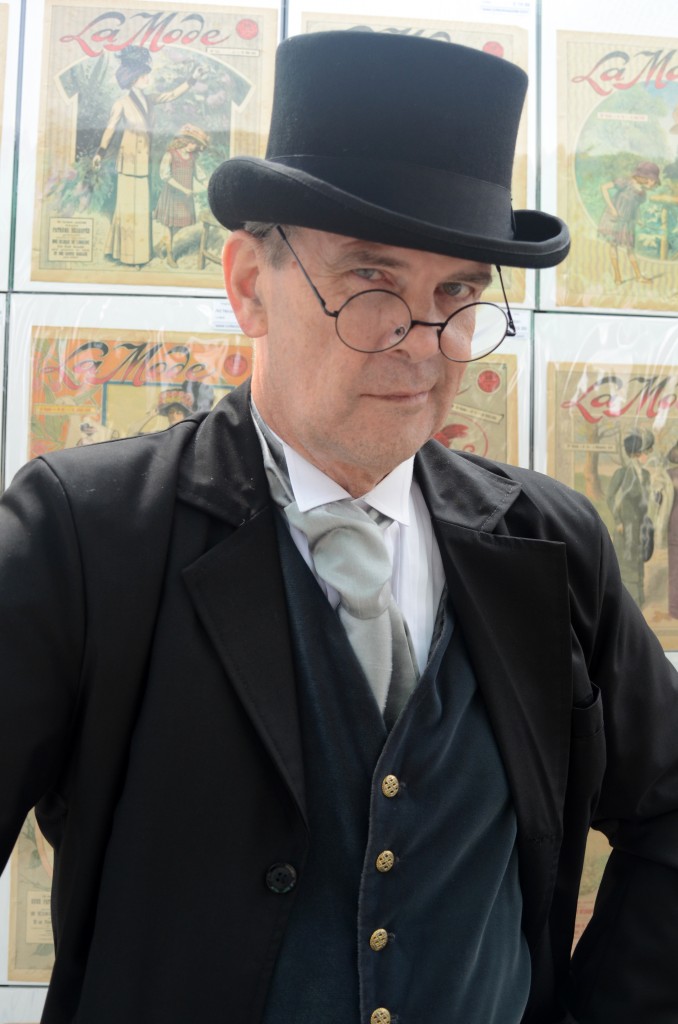 Initially a Linguistics graduate, with a MSc in Intelligent Knowledge-Based Systems and PhD in Cognitive Linguistics, he has lectured at the University of Sussex, Kingston University, the University of East Anglia, Nottingham Trent University, Université Mohamed V (Rabat), and the University of Amsterdam. He has worked on digital heritage projects for inter alia Historic Royal Palaces (London), the Museo della Lana di Scanno (Abruzzo), and the Plantin-Moretus Museum and City Prints Gallery (Antwerp).

I explained that we at Radio Days don’t do ‘old songs’; rather, we perform only fresh, new, up-to-the minute songs, the latest hits … except that … well … they just happen to be the latest hits of other moments in history.

And those moments may be anywhere between around 1870 (year of the Elementary Education Act, of the Married Women’s Property Act, of the Franco-Prussian war, and of the birth of Marie Lloyd, among other things) and rarely much beyond 1939 (one world war was enough for us at Radio Days, so we couldn’t face another).  For it was in the course of these fascinating, exciting, and often turbulent years that, in almost every sphere of life from technology to politics, the world became recognisably ‘modern’. 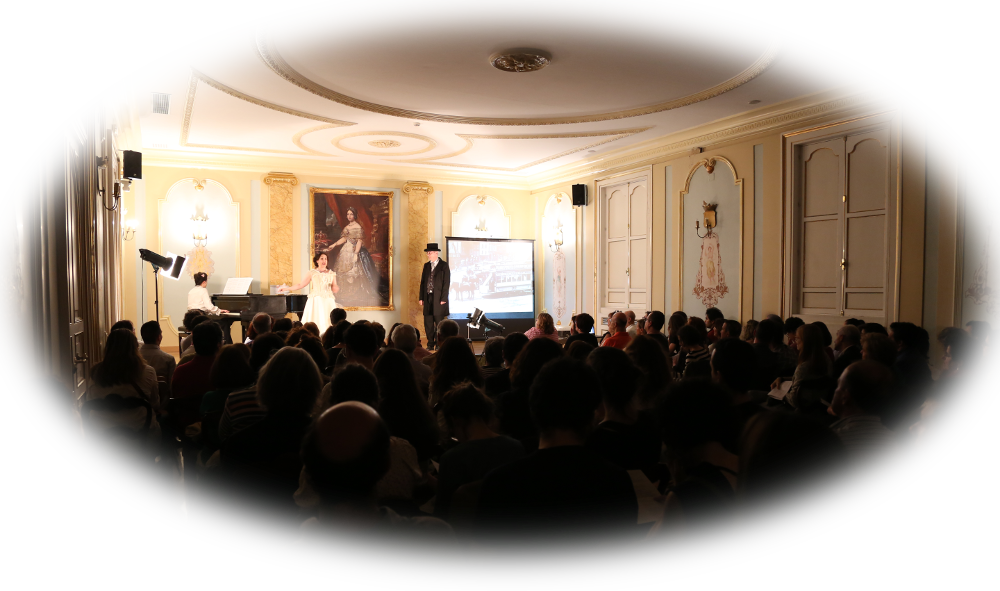 There’s a difference, you see, between (big yawn) ‘playing the old songs’ and, on the other hand, (woohoo!) riding that Wellsian Time Machine back to see the songs performed as if for their original audiences, as if these were performances that were being seen and heard for the first time. We call it “singing the past to life”; it’s a bit science-fictiony like Dr Who but without the Tardis, or a bit magical like Harry Potter but without the wizardy hats.

Which brings me on to that ‘learning’ word that you’ll see scattered all over these pages. Because that’s the other side of the Radio Days story. We know how evocative the music of an era can be in vividly conjuring to mind the spirit of a past age, and therefore how music can as a reference point be a valuable and enjoyable resource for discovering more and learning more about our recent history.

With the dozen or so music-and-history Learning Packs we have produced, we bring to life the social and cultural history of the late 19th century and first half of the 20th century through our open-to-all ‘learning events’ in museums, schools, libraries, and festivals in which we recreate the lived worlds of our recent ancestors, we celebrate the living memories of our older citizens, and we provide entertaining learning opportunities for the youngest citizens.

When looking for a title for our project we saw radio, above all else, as the defining communication technology of the 20th century, and spanning the entire century. Since the first radio transmission we had been aware of was on 12th December 1901, we worried about the appropriateness of our name at the moment we ventured back in our workshops and performances to embrace the late 19th century. We need not have worried, since (so we discovered) …

“James Clerk Maxwell predicted the propagation of electromagnetic waves (radio waves) in 1873 and Heinrich Rudolf Hertz made the first demonstration of transmission of radio waves through free space in 1887; but many individuals—inventors, engineers, developers and businessmen constructed systems based on their own understanding of these and other phenomenon, some pre-dating Maxwell and Hertz’ discoveries.”