Protest Songs. A free 6-week workshop programme open to all who would like to sing with us, no matter what your singing experience. All the music will be taught by ear by our facilitator has wide experience in leading community singing as well as in vocal work with actors and theatre students.
Venue: Brompton Cemetery Chapel, Fulham Rd, Kensington SW10 9UG
Time: 10.00 to 12.00 Thursdays, for 6 weeks commencing 26th April 2018
Booking essential: bromptonproject@royalparks.org.uk

Well, just a little shy of 650 years. Six hundred and thirty-seven years, if you’re going to be pernickety about it, but I like nice round numbers that look forward as well as back as much as I like to think that protest songs will still be written and sung for so long as the world needs them. Because beginning with at least two songs credited to the Peasants’ Revolt of 1381 and on through the centuries to the likes of Captain SKA’s Liar Liar and Commoners Choir’s Boris Johnson’s Head Upon A Stick in the present, people have used song as a medium through which to express and share their social and political grievances, their critique of present ills and their dreams of a better future, their beliefs and their aspirations, and their outrage and 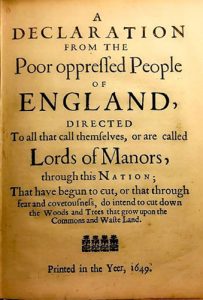 solidarity and defiance as social movements confronting injustice, inequality, tyranny, and oppression. Songs to march with, songs to rally with, songs with which to celebrate solidarity with one’s fellows, songs with which to change the world.  It is impossible and pointless to underestimate the power of song, as author and protest singer Leon Rosselson highlights in his essay ‘The Power of Song‘:

In Soweto, women and children sang as they were shot down by the police. The Vietcong carried songsheets into battle with them. Civil Rights demonstrators in the States sang as they were being attacked by Alsatian dogs, fire hoses and billy clubs because it made them feel less alone, less afraid. The importance of the new song movement in Chile can be gauged by the lengths the junta went to to destroy it. Colonising powers have always attempted to root out indigenous music and culture. A defeated people does not sing. Perhaps the converse is also true — a movement that has no songs is already defeated.

“… a movement that has no songs is already defeated”.  In our series of workshops this Spring we’ll be partitioning our history of protest songs into four relatively distinct eras:

But this is not the time nor the place for me to tell the history of protest songs. 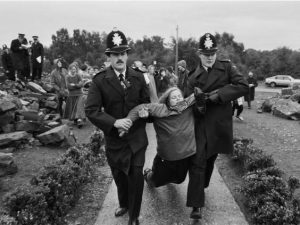 The time in fact will be 10.00 to 12.00 on Thursday, 26th April 2018 and weekly thereafter for six weeks; the place, Brompton Cemetery Chapel, Fulham Rd, Kensington SW10 9UG. In the early sessions we’ll be discovering some of the very earliest English protest songs, and understanding how singing together can powerfully express shared grievance, build community morale, and cement solidarity. For further information, you can download a flyer here. So if you’re interested not just in learning more of the history of protest songs but also in grabbing the opportunity of singing the songs with a bunch of friendly people, drop us a line at bromptonproject@royalparks.org.uk to let us know. Put “Protest songs” in the email header, and we’ll get back to you pretty much immediately.

David Horspool, ‘Ready to rebel? You are part of a glorious tradition’, The Spectator, 29 July 2009
» https://www.spectator.co.uk/2009/07/ready-to-rebel-you-are-part-of-a-glorious-tradition/

Folk Music of England (scroll down to ‘Protest Songs’)
» http://www.folkworld.eu/61/e/england.html

Two excellent resources for facsimiles of original broadside ballads are: