We’re continuing our series of popular songs, film, and other media from 1918 with two recordings of Hindustan, a hugely popular hit of that year penned by Oliver Wallace and Harold Weeks.

The earlier of the two recordings, from 29th July 1918 (though not released until the November), is an instrumental version by the Joseph C Smith Orchestra for the Victor Talking Machine Co. The second, recorded a few weeks later for Columbia, is a vocal version by Albert Campbell and Henry Burr.

What makes the song especially interesting for us is that it is an early instance of a new expression of ‘Orientalism’ in 20th century popular song, one that recognises real geographical destinations a mere steam ship’s journey from home.  Oriental themes, mirroring a Western fascination with the East that would go back at least as far as Antoine Galland’s translation into French of The Arabian Nights in 1704, had of course featured in both popular and classical music throughout the previous century and indeed earlier. 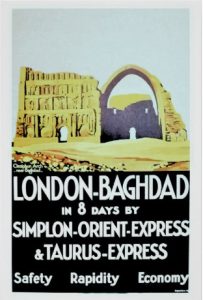 In the 19th century alone one thinks, for instance, of Beethoven’s ‘Chorus of Dervishes’ and ‘Turkish March’ from his The Ruins of Athens (1811), of Bizet’s Djamileh (1832), of Félicien-César David’s Le Désert (1844), or of Ravel’s Shéhérazade (1989, 1904), to name just a few among the more well known. But this had largely been an Orient of the imagination as unreal, as theatrical, and as divorced from real geographies as, for example, Shakespeare’s Othello’s “antres vast and deserts idle”.1  Nineteenth-century interest in the Orient finds expression in painting (Thomas Daniell, David Roberts, John Frederick Lewis, Frederic Leighton, among many), in literature (Shelley, Byron, Wilkie Collins, Disraeli, Edward Fitzgerald’s Rubaiyat, etc), in travelogue (William Daniell’s The Oriental Annual, 1834; Sir Richard Burton’s many publications; Conder & Kitchener’s The Survey of Western Palestine, 1881; etc),2 in architecture (the 1762 Great Pagoda in Kew Gardens, the 1815 Royal Pavilion in Brighton), and towards the end of the 19th century in esotericism (Madame Blavatsky’s Tibet, for example, or Aleister Crowley’s Egypt), yet little in popular song, and that through the distorting lens of Empire, for example Charles Godfrey’s music-hall song ‘It’s the English-Speaking Race Against the World’ or Kipling’s ‘Road to Mandalay’, rather than as a geography in its own right. 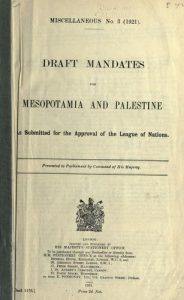 It seems to us that there are in particular two important technologies and two significant events that underlie the re-invention of the Orient in popular culture for the 20th century:

Thereafter there is a veritable tsunami of Orientalist popular culture sweeping throughout Europe and North America, from popular songs such as Sophie Tucker’s In Old King Tutankhamen’s Day (1922) to films such as George Melford’s The Sheik.  But that is all for another blog post and for our forthcoming Learning Pack, ‘The New Orientalism, 1890 to 1930’.