There is absolutely no doubt whatsoever in my mind (and perhaps you’ll share my view?) that the years from around 1880 to 1920 were the most turbulent, most exciting, most transformative years in the entire history of humankind. Although arguably we’ve seen greater technological change in our more recent past, the last 25 years or so, yet our sense of who we are and of our place in the universe has not fundamentally changed in that time; whereas the years 1880 to 1920 saw not only extraordinary innovations in technology (sound recording, cinema, telephone, radio, the motor car, the aeroplane, etc) and not only radical experimentation and rethinking in the arts (dada, Futurism, Russolo’s The Art of Noises, Russian avant-garde, etc), but also very fundamental and quite revolutionary shifts in how we see ourselves and how we interpret the world in which we live. 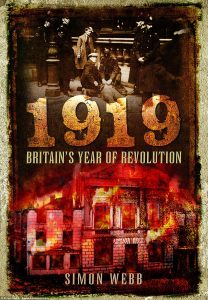 From ‘the death of God’ (Nietzsche, Darwin, Freud, …) and the ‘occult revival’ (the Fox sisters, Eliphas Lévi, Madame Blavatsky, Aleister Crowley, …) through the impact on the world of new political ideologies (socialism, anarchism, fascism, and of course full adult suffrage and therefore the very novel idea of ‘democracy’), the very essence of what it meant to be human was radically transformed in the course of those four decades.

I’ve just finished reading Simon Webb’s 1919: Britain’s Year Of Revolution which recounts the civil unrest, the many strikes (police, railway workers), and the minor military mutinies following the end of the First World War (many driven by the failure to demobilise soldiers and by the prospect of continuing war now redirected towards Russia), all leading those in power to fear that Britain might well be on the verge of its own Bolshevist revolution. 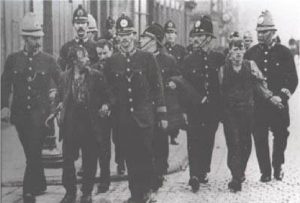 It didn’t happen, of course: revolutionary zeal and the risk of military response ceded to Anglo-Saxon pragmatism and a willingness to compromise and accommodate on the part of government, law-makers, and the strikers themselves.

And my current reading now is another of Simon Webb’s books, Bombers, Rioters and Police Killers: Violent Crime and Disorder in Victorian Britain.  All by way of a reminder that these were troubled times in a world that was rapidly becoming the world we recognise today.