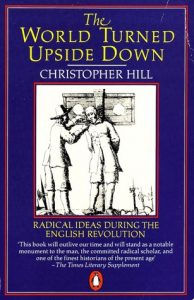 What a happy find today!

In our recent workshop on political songs of the seventeenth century I had drawn attention to the recurrent trope in writings in this period of “the world turned upside down”, and its numerous sources in the Bible.  So important, in fact, that it becomes the title of the superb classic study by historian Christopher Hill of radical movements and ideas during the English Revolution.

The British socialist movement in the closing years of the 19th century was never short of songwriters, with luminaries such as William Morris and Edward Carpenter both publishing songs and poems.  John Bruce Glasier is less well known but no less prolific, publishing in 1921 his On the Road to Liberty, a volume of his poetry and ballads from 1877 onwards.  Sung to the tune of A Wet Sheet and a Flowing Sea, he composed in 1891 a song that would place him in that long tradition of utopian socialism in England: We’ll Turn Things Upside Down.

Glasier was a member of the Social Democratic Federation (SDF) who subsequently joined the Socialist League when it split from the SDF, becoming the secretary of its Glasgow branch until 1889. In 1893, he joined the Independent Labour Party (ILP), and soon became one of the four main ILP leaders, and the editor of ILP News. In 1900, he succeeded Keir Hardie as chairman of the party, a post he held for three years. 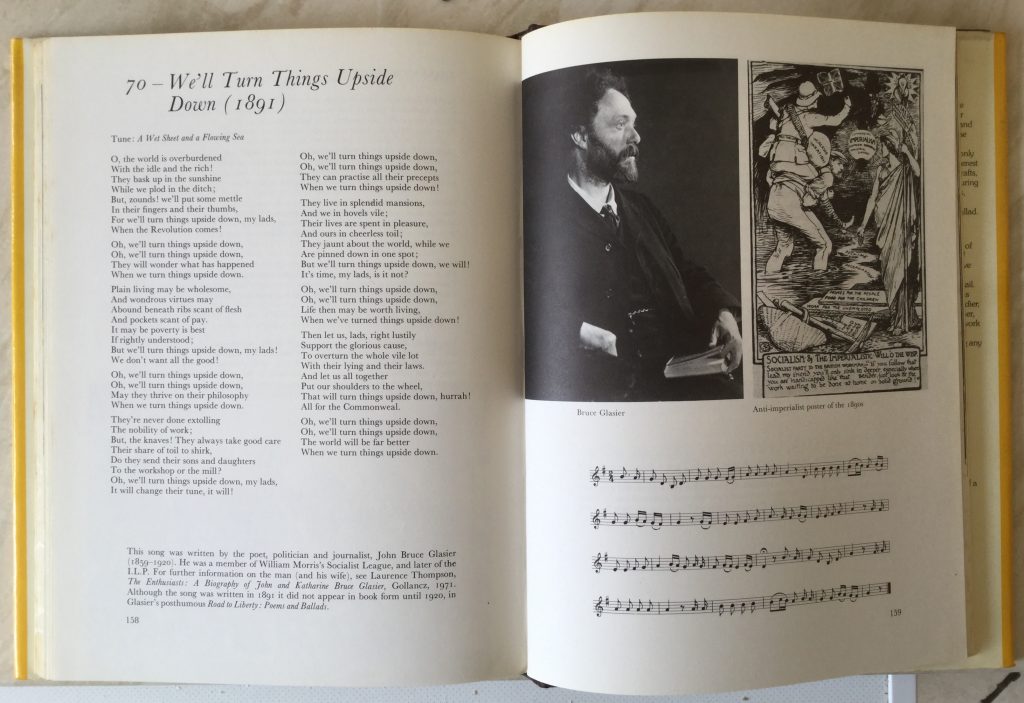